I was on a Kerala beach at 6 am in mid-March, photographing fishermen and their catch, when India closed its borders and put everyone on hotel arrest due to Covid.  I was with a native Indian woman who managed the hotel where I'd been staying. We had been enjoying the sunrise as she explained the fishing process, but as the light grew brighter, I drew attention to myself as the only white person. Several men surrounded us and began asking questions of her. Was I Italian, they wanted to know? An Italian tourist brought the corona virus to the area and it made news. She told them I was a foreigner but not from Italy, then turned to me and said we needed to get out of there ASAP, as she was worried a crowd mentality would make it unsafe for both of us. 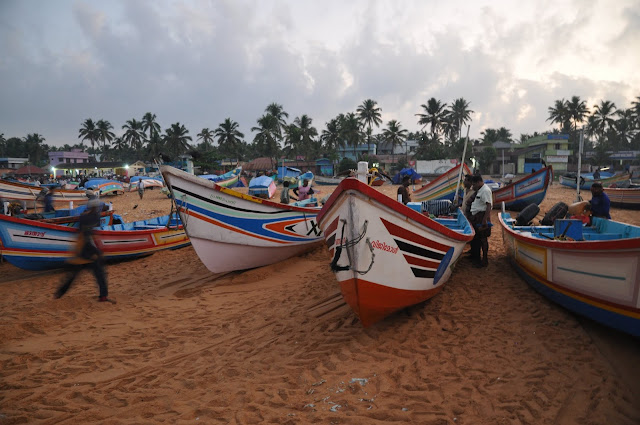 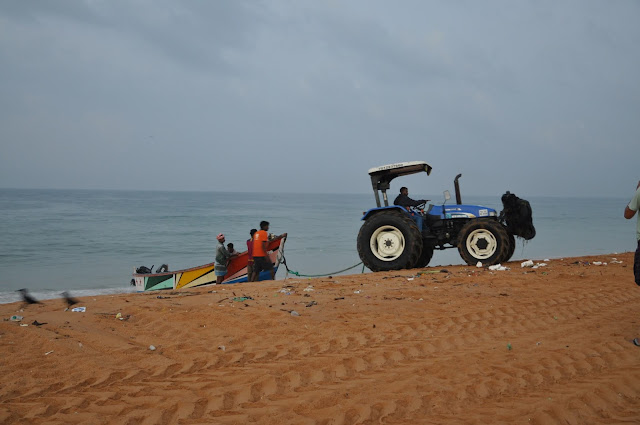 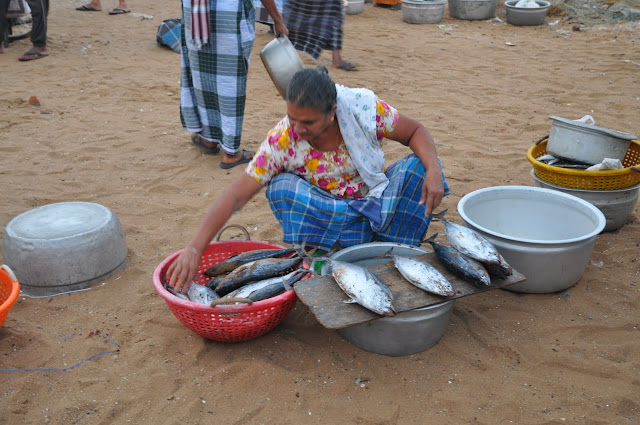 I traveled to India to find healing. For years, I had not felt well.  I wasn't losing weight in spite of long walks every day. Sleep never came easy so I felt exhausted. Sometimes I'd cry with no real reason. I contemplated suicide more than once. I knew I needed help and I'd seen my local doctors. They said nothing was wrong...yet everything felt wrong to me.

I first learned about ayurveda from a book, The Prime. In it, Dr. Kulreet Chaudhary touted a diet.  No, it was really more of a lifestyle change. I'd taken the supplements recommended and felt better in spurts but it was expensive and difficult to maintain that lifestyle without long lasting results.  In one of the later chapters, she recommended panchakarma, a form of purge. It led me down a path of discovery which eventually brought me to Kerala.

For two weeks, I stayed at a small hotel/spa/medical facility Mekosha Spa. It wasn't like any spa I'd been to before. There was a doctor that managed our care from the very first day. It wasn't like any medical facility I'd been to because there was a pool, walking track by the river, and hotel rooms. It seemed to me, they'd found the perfect blend. 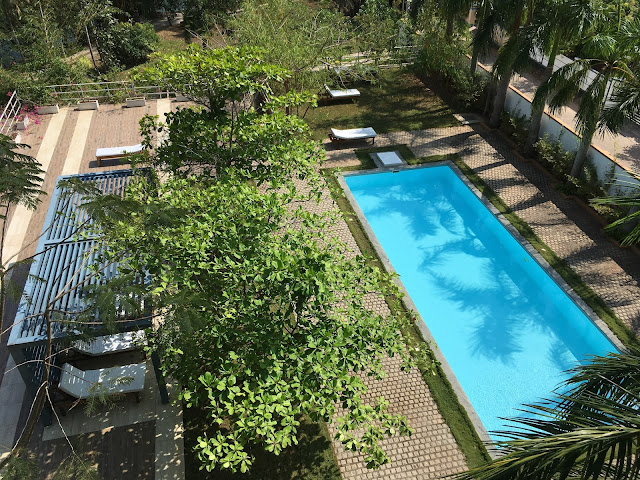 The doctor met with me on the first full day. He looked at my tongue and eyes, took my temperature, felt my pulse and gave me a survey to find my dosha type. There are three types at work in our bodies: kapha, vata & pitta. He told me that mine were out of balance and I wasn't digesting food properly. Basically food was going through my body but it wasn't being used. I was also retaining water which put pressure on my joints.

All our meals were prepared according to our health needs and massage treatments were included in the daily price. We drank bottles of herbal tea every day. The goal was to release toxins through exercise, yoga, massage, sauna, and finally a purge day(s) where I was given something to clean the bowels, stomach, and nasal passages. The actual process was unpleasant but short-lived. From the purge forward, I began to feel better. 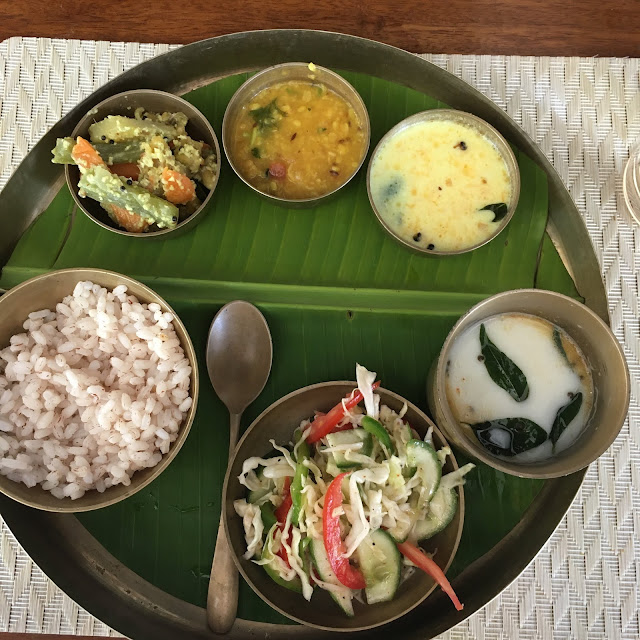 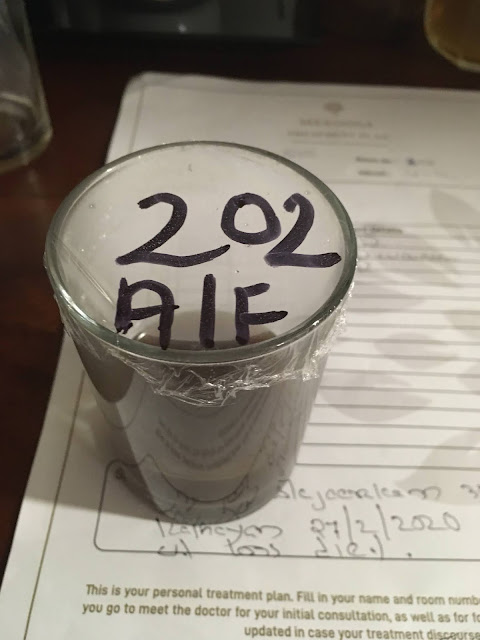 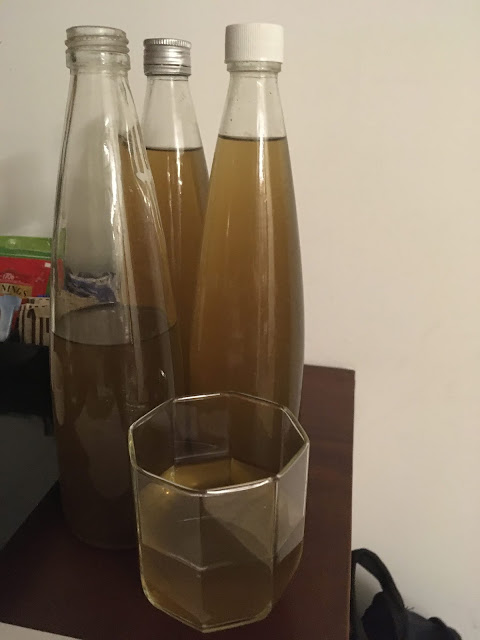 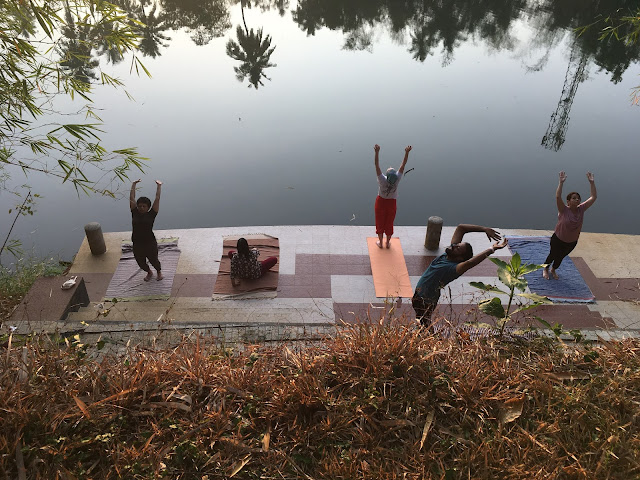 Because it was a small place, we all ate together at a large table and shared details of our illnesses, treatments, and progress.  I was amazed at what could be achieved through these simple treatments. People slept better, released mood swings, lost weight, and even bypassed the need for surgery. A woman who had restless leg syndrome her entire life finally slept through the night without kicking. Couples came together seeking better health and found they enhanced their relationships because mood swings and hot flashes were reduced. The food was vegetarian. Dairy and wheat were rarely used. The chef Anoob had taught celebrity chefs to cook, and he shared his recipes freely with all of us. It was such a relief not to have to think about what to eat or what to cook. I knew it wouldn't be this easy when I returned home again, but I had to try.

So was it worth it? Yes, definitely. I had planned to stay 3 weeks longer to do some touring and visit an ashram, but I had to leave the country a few days later. In two weeks I'd lost 8 pounds. The doctor sent me home with 3 months worth of tablets and a liquid medicine, and encouraged me to eat using the kapha list of foods. In the coming month, I'd lost another 8 pounds. I've kept it off by eliminating foods I used to eat frequently, switching to goat milk, and reducing portions. I came back with a clear mind and felt creative again. I'm sleeping better, and in spite of all the hassles with COVID, I'm happier.

I would love to return to India to see the beauty of Kerala. The people I met were kind and calm. There is so much more to enjoy, outside the confines of the spa hotel, but I would recommend anyone going there try the ayurveda treatments during a stay.