Some have joked and called the World's Largest Truck Stop in Walcott, Iowa one of the man made wonders of the modern world.  Just for the record, it is not, but here's the list in case you were wondering what is on it. I read about it at Roadside America.  You can find major highway routes at that website and see what unusual destinations sit along the route.  It's fun to visit some of the oddball stuff they include. You'll find it if you travel along I-80.  In fact you can't miss it because most of the scenery along the highway is just open fields.

It is VERY LARGE!   We decided to have a look, and ended up spending more than an hour there shopping, eating lunch, and touring the museum.

We ate lunch at the buffet where you could find ribs, fried chicken, mac n cheese, mashed potatoes, and a variety of veggies.  It's typical American food.  There's also a small food court at the front entrance.  Truckers can shower, visit a dentist, have a massage or chiropractic adjustment, and shop for anything you can imagine that can be put in or on a large truck.  The gift shop is loaded with souvenirs and clothing. My husband found hats that could be stitched with whatever you like and ended up getting one with a Somali flag done while we waited. Omar loved the small game room.  Who knew that the kid would be so good at some shooting game?!  Ugh.  We had to bribe him to get him away from that place, but not before he went through about $20 in quarters. Don't worry if you don't have change.  They have a change machine that even a kid can operate, as long as he pries some bills out of your hands first. 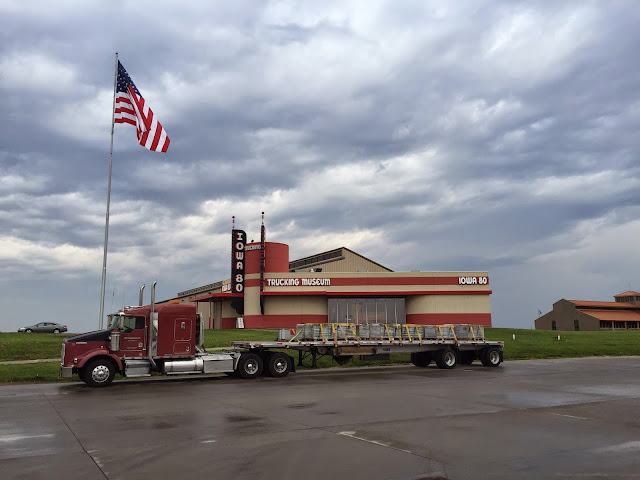 Also on the grounds is a Trucking Museum, which is definitely worth a stop.  It was a private collection put together by one man, Bill Moon.  It includes antique trucks, highway signs, farm vehicles, and a variety of truck memorabilia.  It is free though they do request a donation for visiting. You can watch a short movie in the theater to learn more about how it all began. I was really impressed with the condition of the vehicles.  Some of the earliest trucks had the most rugged hand tooled wheels and there was even a postal vehicle that could operate with skis! 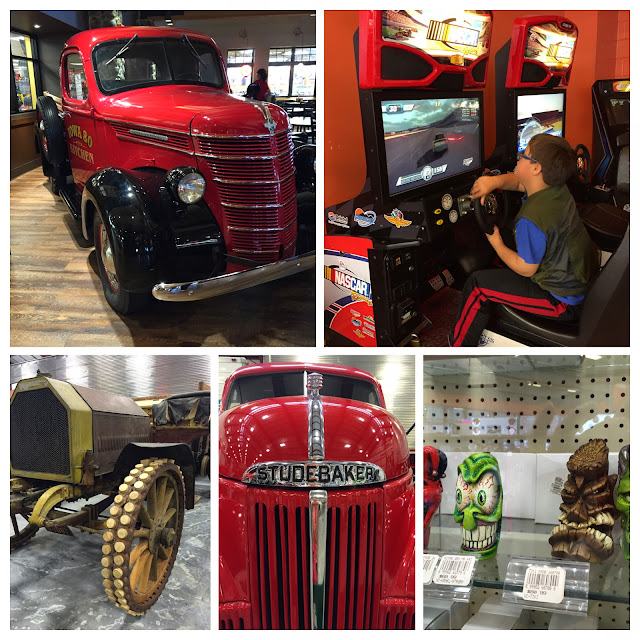 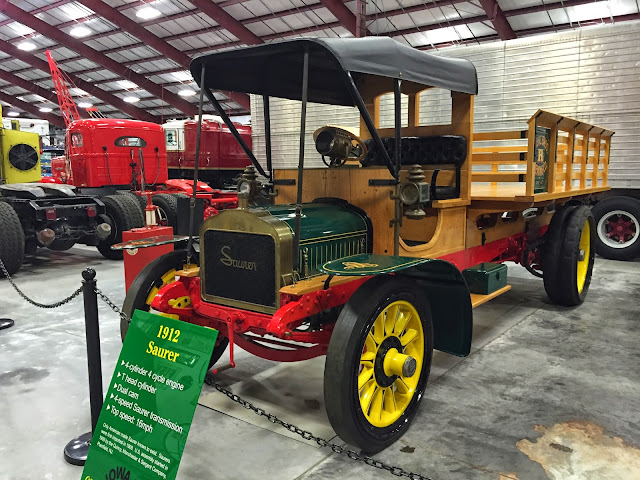 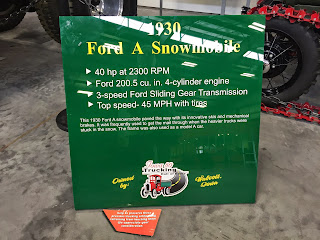