A few weeks ago I blogged about the Christmas Tree Schooner and how this is a time for celebrating the 100th anniversary of it sinking off the coast of Two Rivers, Wisconsin.  We went to Two Rivers the weekend they celebrated and did a reenactment of the Christmas Tree Schooner delivering trees.  I was actually confused about that and thought we might see something a little more dramatic.  Turns out it was even less dramatic than that because hurricane Sandy came through the midwest a few weeks ago and Chicago was forced to let some water out of Lake Michigan, leaving Two Rivers with a lot of mud, instead of real navigable water.  Their plans to use a coast guard ship to reenact the Christmas Tree Ship were doomed.  They ended up having a small Coast guard boat come via the roadway to deliver a few Christmas trees to the Fishing Village.  Oh well, they did the best they could given the circumstances.  The Fishing Village was still interesting.  There were plenty of cookies on hand, and you can bet my son Omar had a few!  The high school had singers.  The author of the Christmas Tree Ship books was on hand and Abdul and Omar had photos taken with her, although I can't post them here because she likes to control privacy of her image.  We also met the painter Erik Nils Forsberg who did the paintings of schooners on display at the Wisconsin Maritime Museum now.

We did the driving tour of the Schooner Coast, as advertised on their brochure.  It was 60 miles of maritime history, but for us it was longer since we began our tour in Milwaukee.  We ended up staying in Kewaunee 2 nights so we could experience both maritime museums.  There is one in Manitowoc and another in Sturgeon Bay.  I wondered how they could focus on local maritime incidents and history and be different, but I have to say they are each unique and interesting in their own way.

I think when they designed this tour, they thought people would visit more in the warm weather, so I'd advise that you check out the summer tour if possible because you could enjoy the boat rides and beaches. I would love to go back and do some biking and kayaking.  There is a nice paved trail along Lake Michigan from Manitowoc to Two Rivers that is easy enough for families.  For us, it was mostly museums and outside looks at boats and lighthouses.  It was still nice.

The Wisconsin Maritime Museum is the larger of the museums.  We were there on a Sunday morning when they only do submarine tours in the afternoon so we missed out on what we've heard is the best part of the museum tour.  There was still plenty to see.  I'll post a few photos, but really you can take the museum tour right off their website.  They have detailed information and photos about every room in the museum.  Don't miss out on the movie in the theater.  We found it helpful to learn more about the submarine.  Omar loved the water play room.  You can make your own boats and sail them through various structures.  And of course if you're in Manitowoc, don't miss a visit to nearby Beerntsen's Confectionary- ice cream and chocolates!  Yumm!  Even a pirate wouldn't miss out on that! 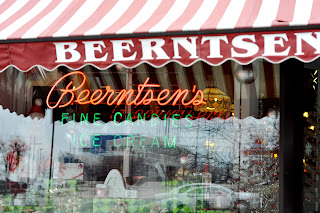 The Door County Maritime Museum had a pirate exhibit where kids could dress up and shoot video cannons.  Abdul loved all the history of boats that had been made in Wisconsin during the war.  I liked the paintings of pirates and model ships.  A little something for everyone here. 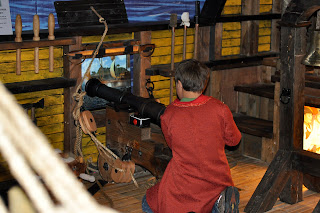 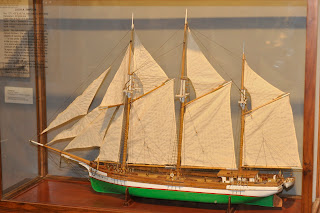 If you enjoy lighthouses, there are plenty.  Door County has 11 alone!  There's even a special weekend in June where they open up some of them to the public.  You could do the Door County lighthouse tour.  We saw them in Kewaunee, Algoma, and Manitowoc but just from a distance.  This was a fun family trip.  Hope you try it and let me know what you did.